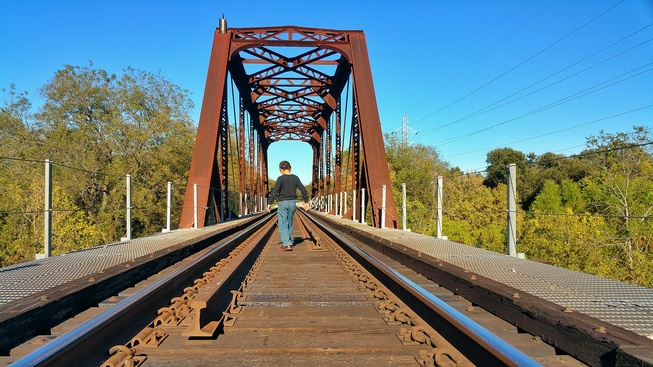 Little Óli is going off on a journey. On the way he will enounter three types of things: money, gold and jewels. When he encounters one of these things he can put it at the top in his backpack, if he wants to. But Óli will also encounter bad guys on the way. There are three kinds of bad guys and all of them will demand Óli gives them something. Evil bankers will demand money, evil gold diggers will demand gold and evil jewelers will demand jewels.

Óli doesn’t have much choice and has to placate these bad guys, needing to give each of them one instance of the thing they demand. But Óli’s backpack is quite narrow so he can only reach for the item that’s at the top of his bag, that is to say the item he last put in the bag. If Óli wants an item further down in the bag he has to throw away the items above it first, unable to recover them later. If Óli doesn’t have the item the bad guy asks for, then he will be unable to complete his journey.

Help Óli check if he can complete his journey, and if so, how many things he can bring home at a maximum.

The input contains one line denoting Óli’s journey and consists of the following letters:

If Óli can’t finish the journey, print a single line containing Neibb. Otherwise print three integers, each on their own line, the maximum amount of money, gold and jewels Óli can bring home after the journey.

Please log in to submit a solution to this problem